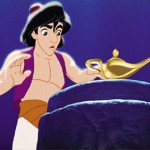 The new Aladdin does have a fun energy and charm – not to mention one of the best soundtracks of any Disney musical ever – but all of those positives are simply borrowed, and there is a very real and notable limit to its creative energy.

Though it was Tim Burton’s Alice In Wonderland in 2010 that initially inspired the trend, live-action remakes of classic Walt Disney Animation films have really become a consistent presence on the big screen in the last five years – starting with the release of Robert Stromberg’s Maleficent. Since then we’ve seen at least one hit the big screen annually, and the selections have brought back titles from basically every era of the studio – from Tim Burton’s Dumbo, to Jon Favreau’s The Jungle Book, to Bill Condon’s Beauty and the Beast. The results so far have been a bit of a mixed bag from a quality perspective, but it’s with Guy Ritchie’s Aladdin that one starts to recognize what could be a troubling pattern – and it ties into the willingness of each movie to take certain liberties in its approach.

Based on what we’ve seen, it seems that the amount of freedom given to filmmakers on these projects is tied directly to the age of the source material – with the more recent animated features getting the short end of that particular stick. Logically, it’s not hard to see why this is happening: not only were the films from the 1990s made with storytelling sensibilities similar to today’s (making them easier to adapt), but there is a key nostalgia factor to consider. After all, the movie-going audience is full of men and women in their 30s who watched the 1990s Disney Animation films on the big screen when they were growing up, and rocking the boat too much might somehow “disturb” those precious memories.

This has a clear downside, though, which we saw with the aforementioned Beauty and the Beast. Adhering too close to the original raises the question of why the endeavor was pursued beyond the opportunity to refresh a notable brand, and at the end of the day there just isn’t a great answer. Now, a little over two years later, the conversation is happening again with Guy Ritchie’s Aladdin – which just isn’t either good or fresh enough to justify viewing over the phenomenal animated version from 1992.

The new Aladdin does have a fun energy and charm – not to mention one of the best soundtracks of any Disney musical ever – but all of these positives are simply borrowed, and there is a very real and notable limit to its creative energy. While there are some nice additions, most of the extra material feels like it would have been clipped from the animated movie for pacing; and while the performances are engaging, you sometimes feel like you’re witnessing some kind of strange reverse rotoscoping. Too much of the film feels simply cribbed, and it’s not a compelling watch beyond the experience of what it’s like to see the story change mediums.

Once again audiences are brought back to the fictional Arabian kingdom of Agrabah, where we are reintroduced to Aladdin (Mena Massoud) – a “street rat” who, along with his monkey pal Abu, steals what he needs in order to survive. His life is changed forever when he meets/rescues an in-disguise Princess Jasmine (Naomi Scott), daughter of the Sultan (Navid Negahban), and he immediately falls in love with her – though he doesn’t actually know who she really is.

Unfortunately for him, his attempts at wooing her put him on the radar of Jafar (Marwan Kenzari), the Royal Vizier. Ever trying to accumulate more and more power, Jafar has been trying to access the desert’s fabled Cave Of Wonders so that he may possess the Magic Lamp that exists within it, but his mission requires “a diamond in the rough.” Upon understanding that Aladdin is the person he’s been looking for, the villain gets him arrested and duplicitously recruits him for the mission.

Things go a bit sideways when Aladdin and Abu accidentally get trapped in the Cave Of Wonders, but it’s at this point that the hero and his pal discover why Jafar wants the lamp so badly. Rubbing the side of the magical vessel leads them to meet the Genie (Will Smith) that lives within it, and Aladdin learns that he has been granted three wishes. Knowing that Jasmine can only marry a prince destined to rule Agrabah, he requests to be transformed into Prince Ali of Ababwa – but while he continues his courtship, Jafar continues his pursuit of the lamp.

John August and Guy Ritchie, who co-wrote the script, make the occasional tweak in the narrative, but at the end of the day it all comes down to getting the film from the same A to the same B – and more often than not the changes feel like they were made for the sake of making changes. Really the only thing that works in this regard is that Jasmine is given a more active and expressive role, complete with her own brand new Alan Menken-written song, but that’s a fraction of the 38 extra minutes that the remake tacks on. Most of this “extra” just makes the movie move slower, and by the end you definitely feel it.

The way the story unfolds is definitely the downfall of the new Aladdin , but it should be recognized that the experience is buoyed by its aesthetic value. The city of Agrabah is a fantastic showcase of production design, particularly popping during the movie’s first act chase sequence/musical number set to the song “One Jump;” and the costumes are beautiful. Both Mena Massoud and Naomi Scott are charismatic and deliver fun performances, and while Will Smith is basically just doing Will Smith, it does ultimately enforce why he’s one of the biggest movie stars in the world (though it still really pales in comparison to Robin Williams doing Robin Williams in the same role).

As for the direction, Guy Ritchie doesn’t get much opportunity to showcase his particular auteur flair, which was something he was still able to do with adaptation projects like Sherlock Holmes or even King Arthur, but the work is still competent in bringing the familiar from animation to live-action.

The creation of these Walt Disney Animation remakes isn’t slowing down any time soon, as we still have Jon Favreau’s The Lion King, Joachim Rønning’s Maleficent: Mistress Of Evil, and Charlie Bean’s Lady and the Tramp set to be released in 2019; not to mention The Little Mermaid, Mulan, The Hunchback of Notre Dame, and more in various stages of development/production. They are projects inspired by a lot of box office success, but hopefully they’ll have more to bring to the table than Aladdin. In an age of instant accessibility to basically all media, remakes that exist for the sake of being remakes don’t make a great deal of logical sense, and that’s a bar that this movie unfortunately doesn’t clear.